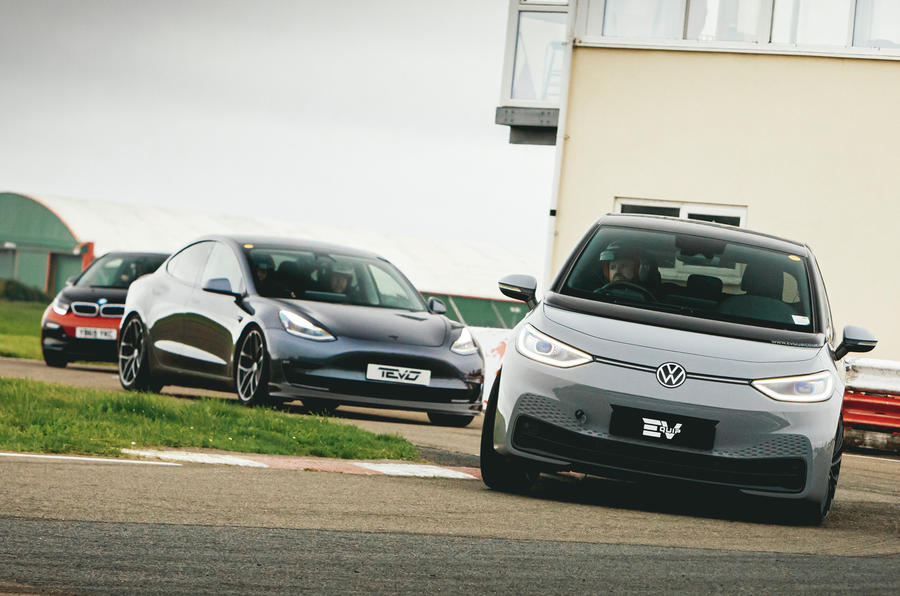 Posted at 12:32h in Blog by controller

The UK’s first EV-only track day was the brainchild of John Chambers, who runs Tevo Solutions, a business catering to suspension upgrades for Teslas. Few countries are as well catered for as the UK when it comes to track days, so you might imagine an EV-only track day wouldn’t be necessary but, according to Chambers, there are still lots of misconceptions. “Only a year and a half ago, only about 50% of tracks would allow EVs on in the first place, because they all were worried about fire and getting electrocuted if there was an accident,” he says.

“Another reason why I’ve organised this track day is that there’s this opinion that… EVs are just good at drag races because you see so many drag racing videos,” continues Chambers, adding that even owners aren’t aware of their cars’ potential.

Over the past few years, he’s gathered a small band of people who do track days in their Teslas, and some of those are in attendance at Llandow, but there’s a good mix of people and cars here, from diehards to those with a casual interest.

Aside from the Teslas, there are a couple of Porsche Taycans and Audi E-tron GTs here, as well as a few hopefuls in a Volkswagen ID 3 and e-Golf. Someone has even brought a converted first-generation Porsche Boxster.